How Trim is Used to Create Custom Historic Windows

Creating authentic historic windows isn’t just about the glass or the shape of the window. It also requires a thorough understanding of historic window trim because different time periods are associated with different trim styles. 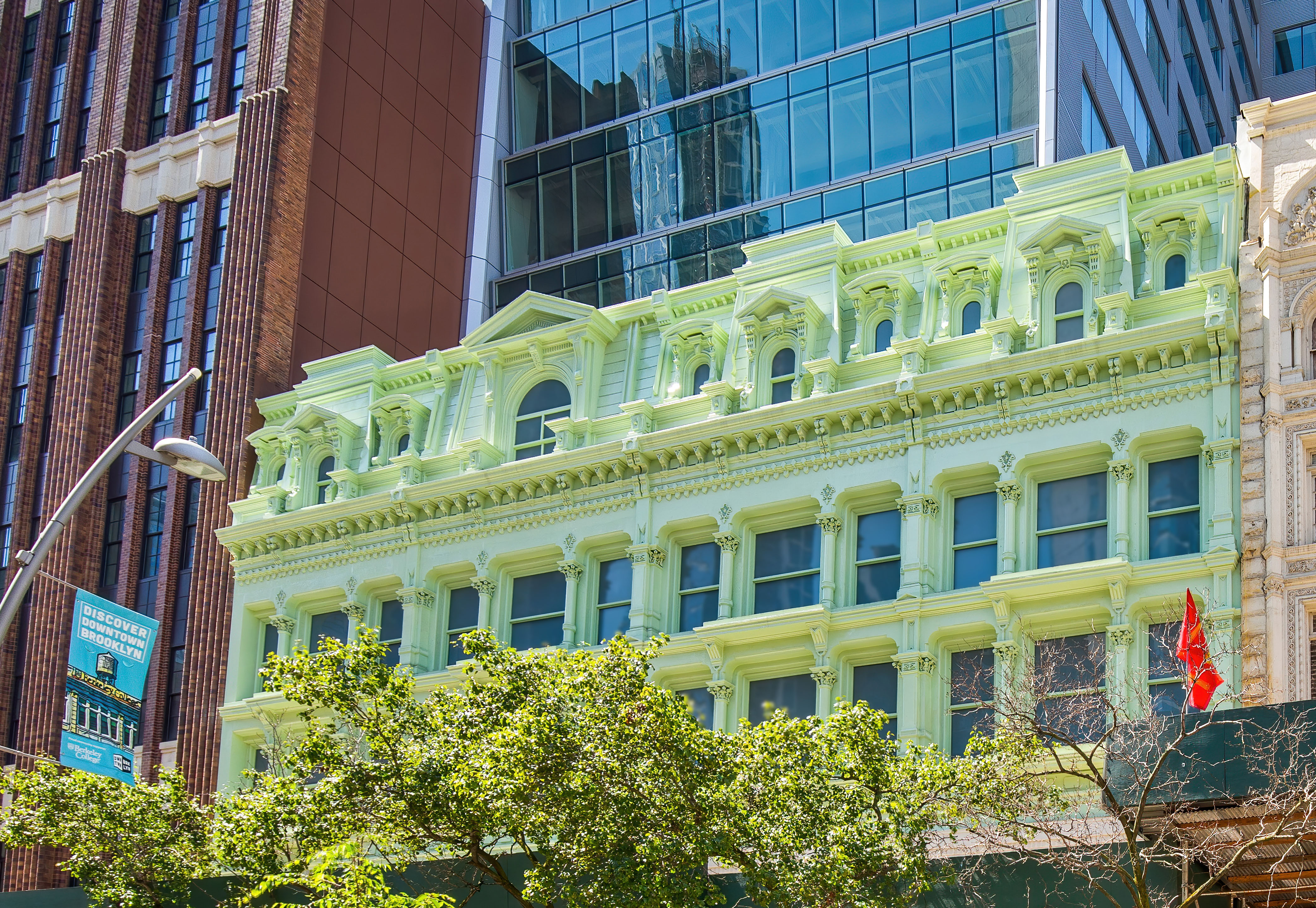 Here’s everything you need to know about how window trim is used to create custom historic windows.

When it comes to modern window trim for commercial buildings, owners, contractors and specifiers are usually looking for three things: durability, cost-effectiveness and energy efficiency. As a result, typical window trim is usually designed with as few components as possible.

This is very different from that of historic window trim. It was ornately designed and composed of multiple pieces, as aesthetics ranked supreme in this style of architecture.

As a result, when you’re trying to recreate historic windows, you have to consider the trim and think about all the potential pieces. You also need to consider the particular style that was used when the building was initially constructed.

The Anatomy of Historic Window Trim 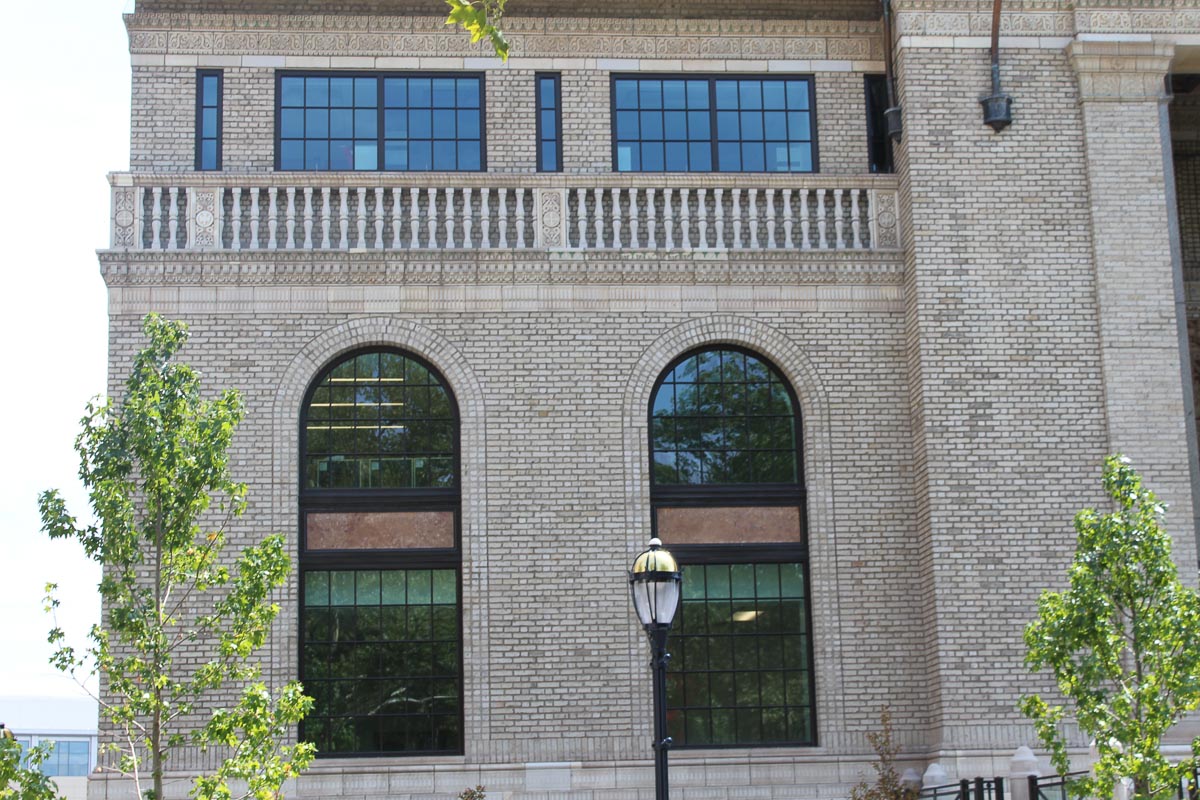 Historic windows have various types of trim pieces that play a large role in the aesthetics and function of the original design. Here are some parts that are important to note:

Pre-set panning, located below the window, is installed prior to the window. It may be part of the waterproofing system, as it gathers and redirects water away from the building’s interior.

The famous Read House Hotel in Chattanooga, Tennessee used pre-set panning before the installation of our 1450S and 4500 Historic Replica Window Series to recreate its distinct and luxurious look. 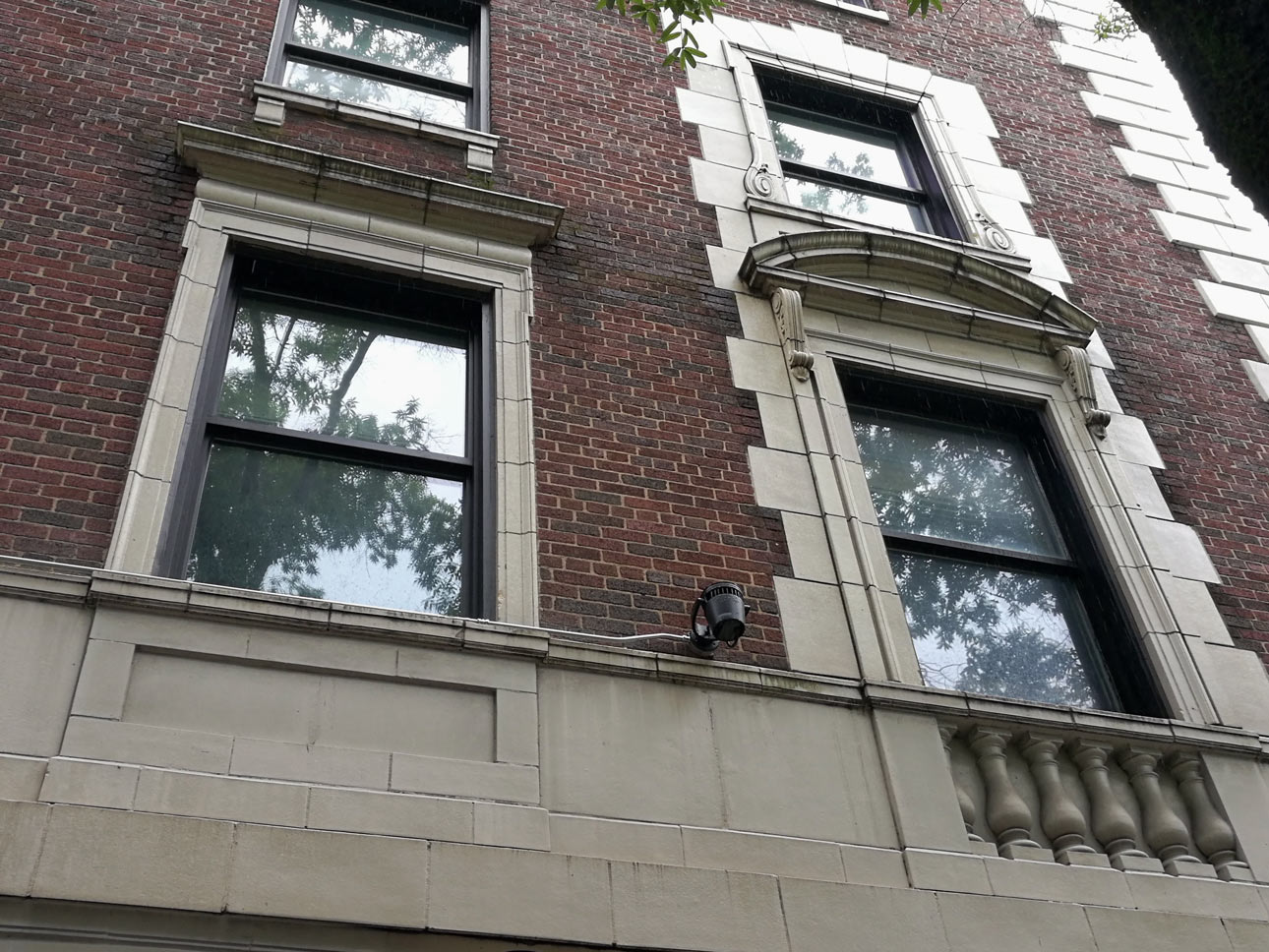 This is similar to the pre-set pan but, as the name suggests, is installed after the window is installed and sealed. It is there for aesthetic purposes only and is not part of the waterproofing system.

Built in 1865 in downtown Brooklyn, Abraham & Straus' department store was a shopping scene for more than a century before becoming a Macy’s store in 1995. During its restoration process, it was decided that our 1450 Hung Replica windows with post-set panning were the perfect choice to preserve the historic beauty while giving it a modern update. 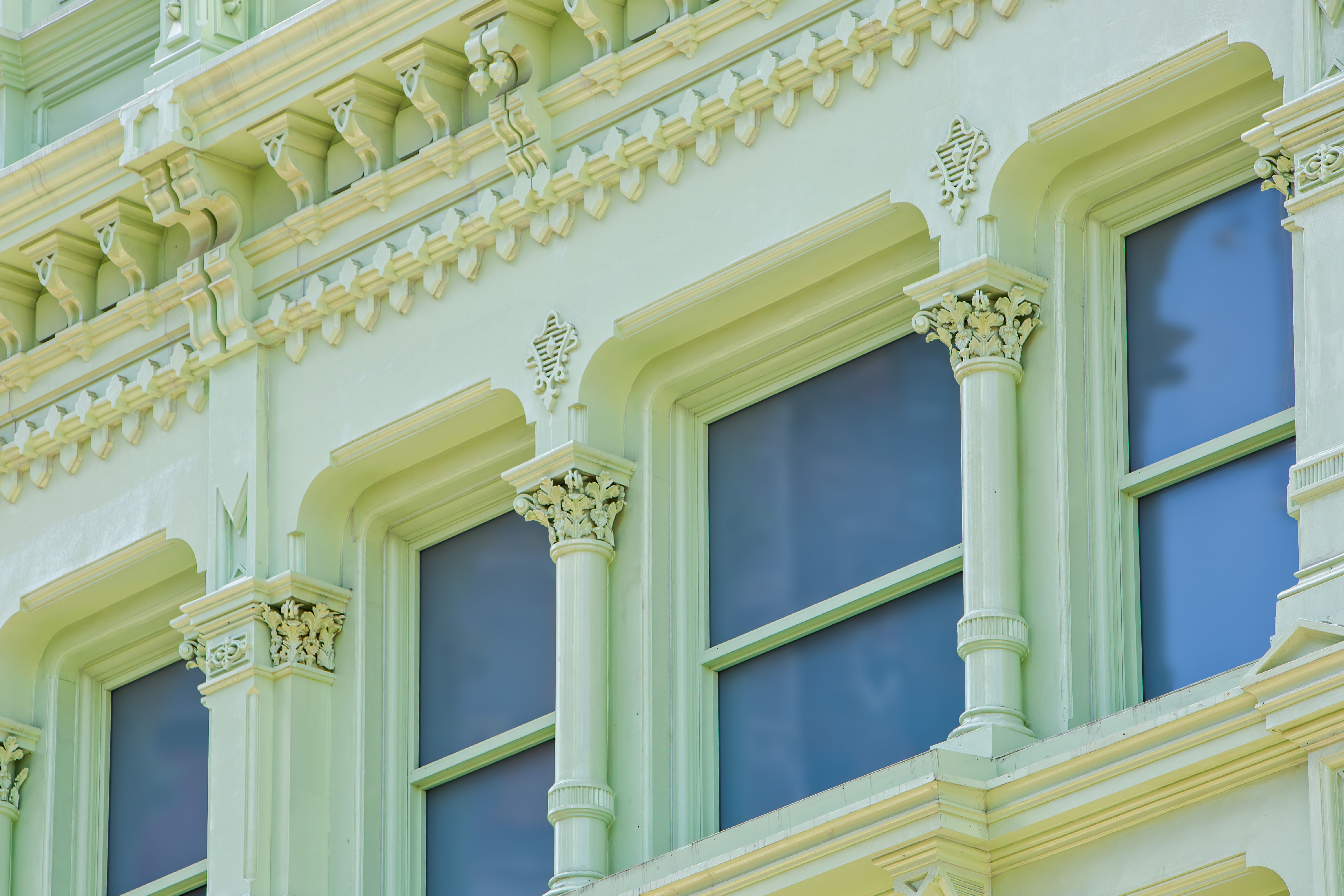 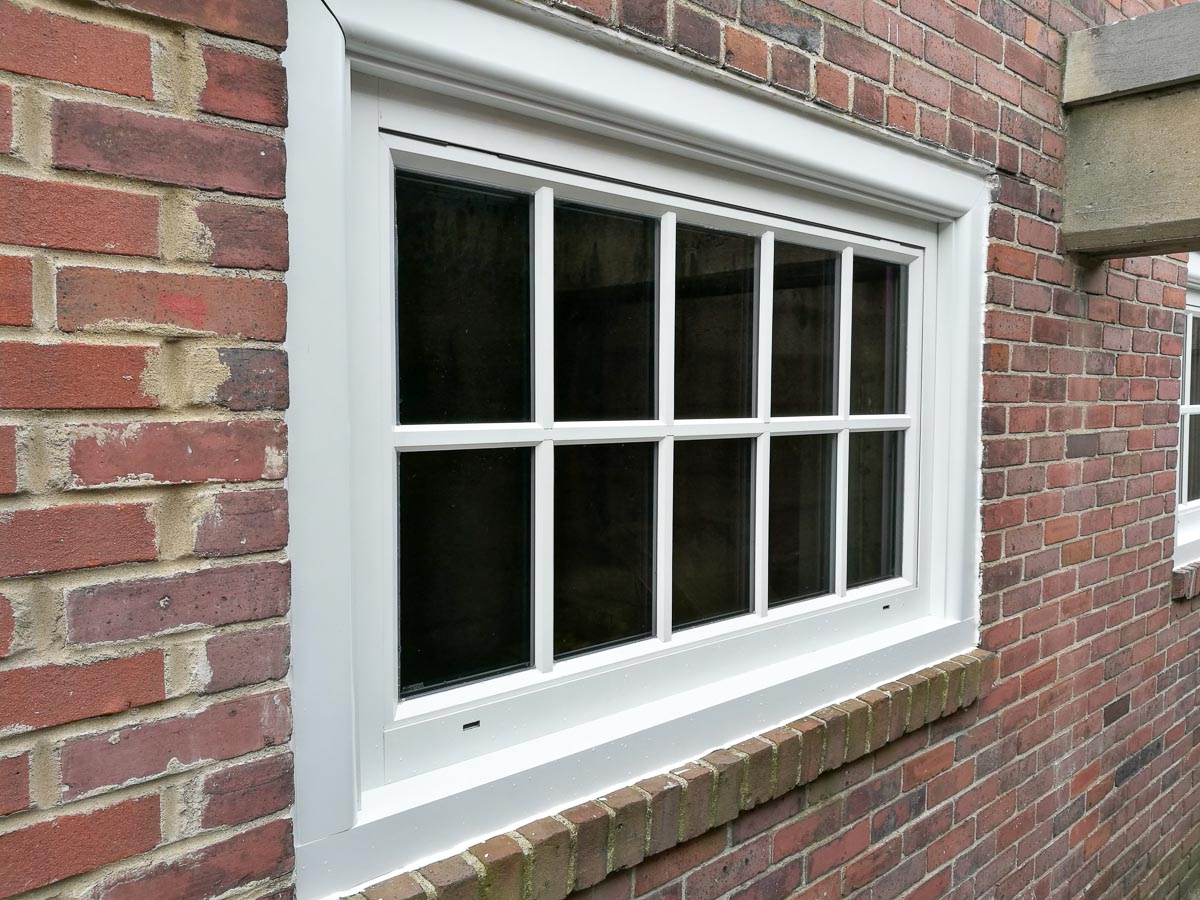 The window sill’s primary purpose is to control water run-off. Its other important job is to hold the sash in place, as it serves as the framing system for the window. It hides the gap between the bottom edge of the lower sash and the top of the exterior windowsill.

A receptor system, also called receiver and compensation channel, is used around the head and jamb, along with a sub sill, to control water infiltration while providing a heavier sightline. It also allows for movement in the structure, opening dimensions and achieving seismic loading requirements.

The Pythian Temple, pictured below, used a contoured pan receptor in the window design for both functional and aesthetic purposes. While the receptor system helped revive the landmark’s original look, it also helped alleviate the weighted pressure of 10 stories on the windows. 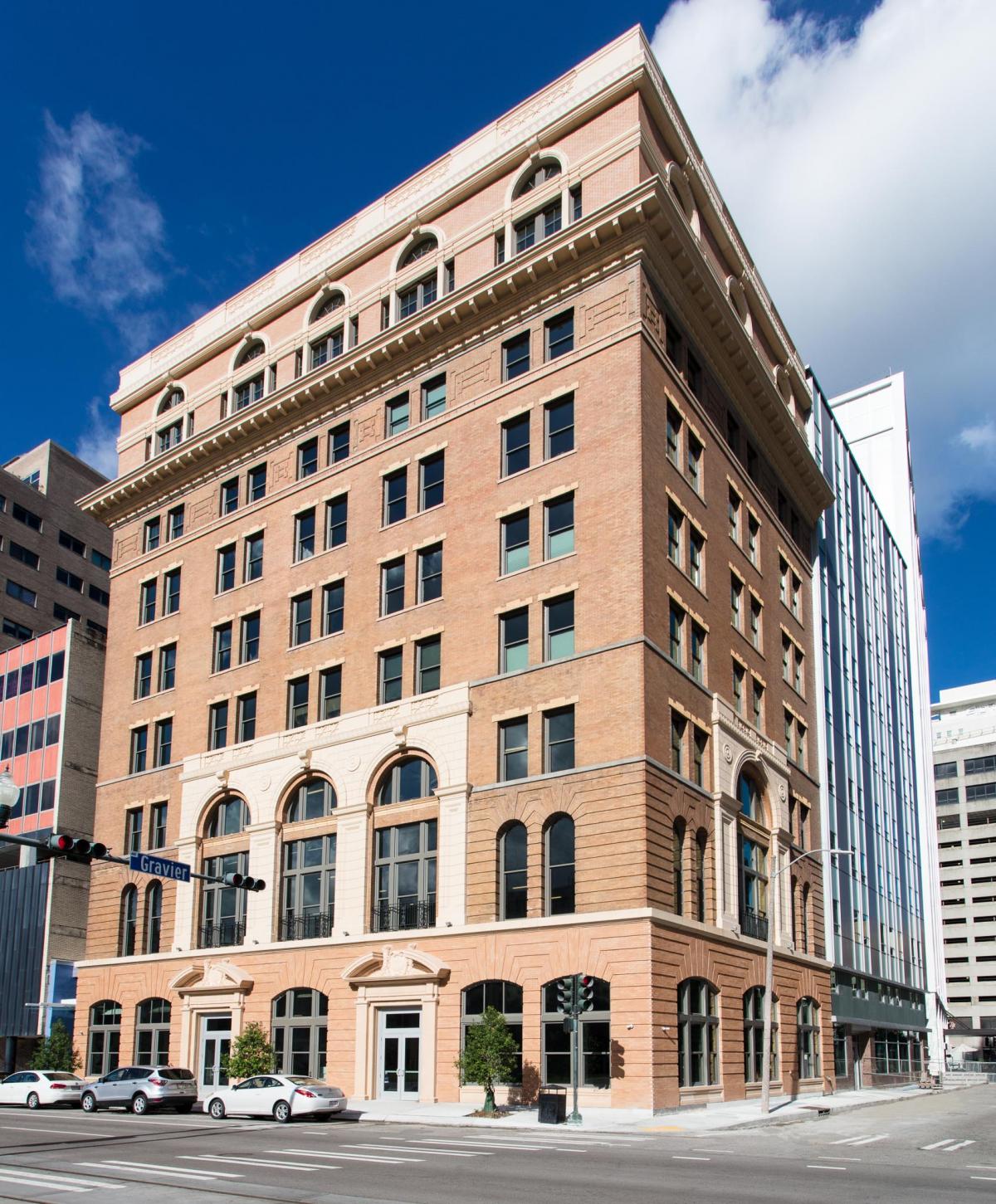 Grids, also known as called mutins, muntins or bars, were originally used to receive the monolithic glass in wood and steel windows. The styles are also replicated in more modern aluminum assemblies to divide the glass pane into different sections. These design elements are used to elevate aesthetics and are utilized on a majority of historic projects.

Harkins Hall, the very first campus building at Providence College, relied on our 3250 Steel Replica window series and SOL grids to provide a traditional, cohesive look to the building. 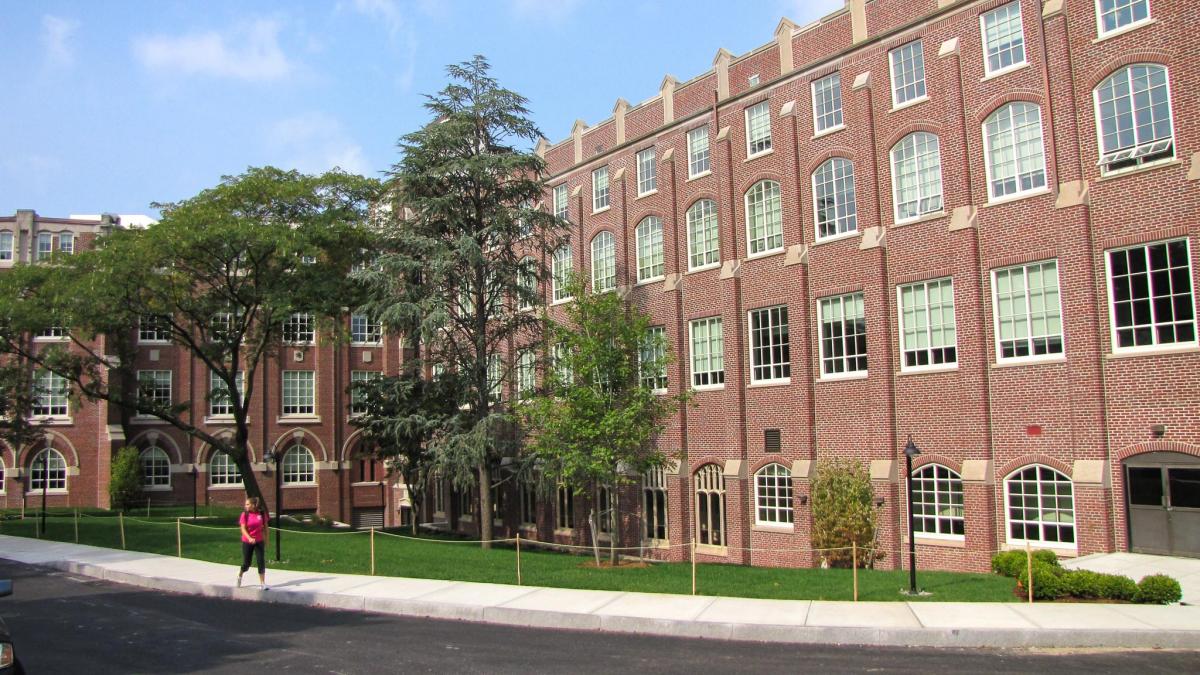 Crucial to the overall aesthetic of a building’s envelope, mullions usually refer to the vertical separations between windows. Most original wood double-hung windows had very wide mullions to serve different counter-balance weights in the window cavity. Historical buildings typically utilize traditional cast iron or wood mullions, and these can be preserved and reused or replaced by more modern materials.

When the Tuttle Building Annex underwent a historic preservation and rehabilitation process, it needed a window system that maximized efficiency and blast resistance while also keeping the design historically accurate. Along with installing 1450S Hung Replicas, our experts created a custom three-dimensional mullion assembly using two-dimensional aluminum extrusions to replicate the original wood molding from 1920. 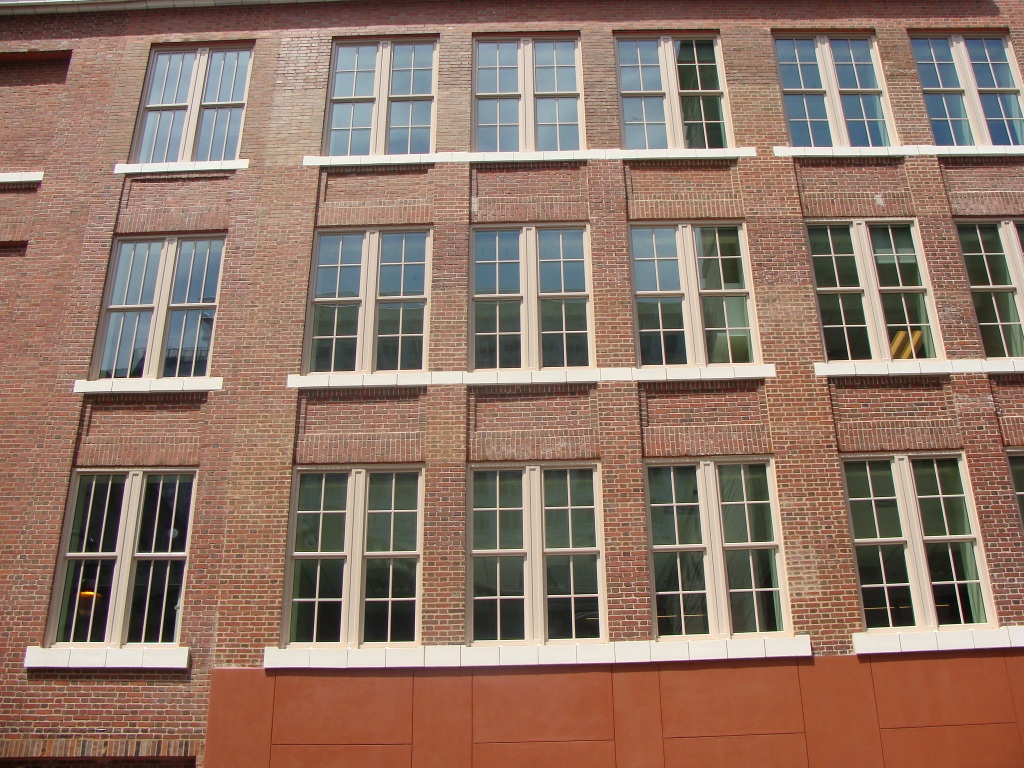 Used to boost design appeal, snap trim is a piece of decorative trim that’s typically installed between the window and the siding or the wall. It can be used on both the exterior and interior of a building, and it is a great option for rehabilitation, repairs or remodeling.

LaSalle Academy wanted to replace its original 1925 hung windows with a modern, energy-efficient option that still respected its earliest aesthetic. 1450S Hung Replicas, along with an exterior snap trim application, were used to honor the 1925 design while maximizing energy efficiency and functionality. 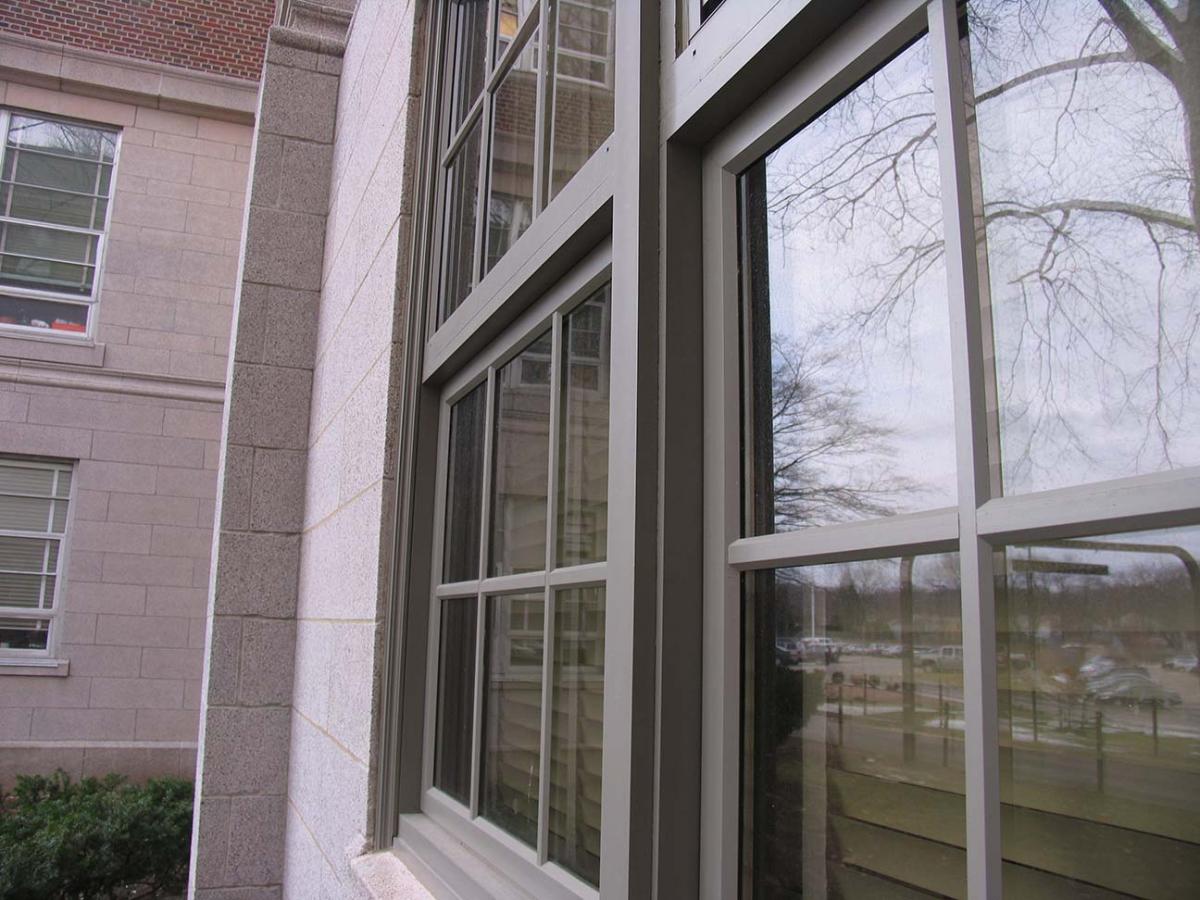 Folson State Department of Corrections utilized snap trim on the interior and our 4410S window series. The original look of the wood windows was maintained during this process to ensure historical accuracy.

When it comes to style, there are several eras and regional quirks to consider. With this being said, we’ve collected a list of the five most common historic trim styles for commercial buildings and homes you’ll likely come across.

The Greek Revival period occurred between 1825 and 1860. Trim during this period was usually very wide and was applied both to the building’s interior and the exterior. The trim pieces were excessively detailed with intricate designs, and extensive crown molding was also common during this period.

The Gothic Revival period took place between 1840 to 1870, and the trim was much simpler during this time period than the more ornate style that came before it. However, the vergeboards on the ends of the exterior gable tended to have a lot of intricate detailing. 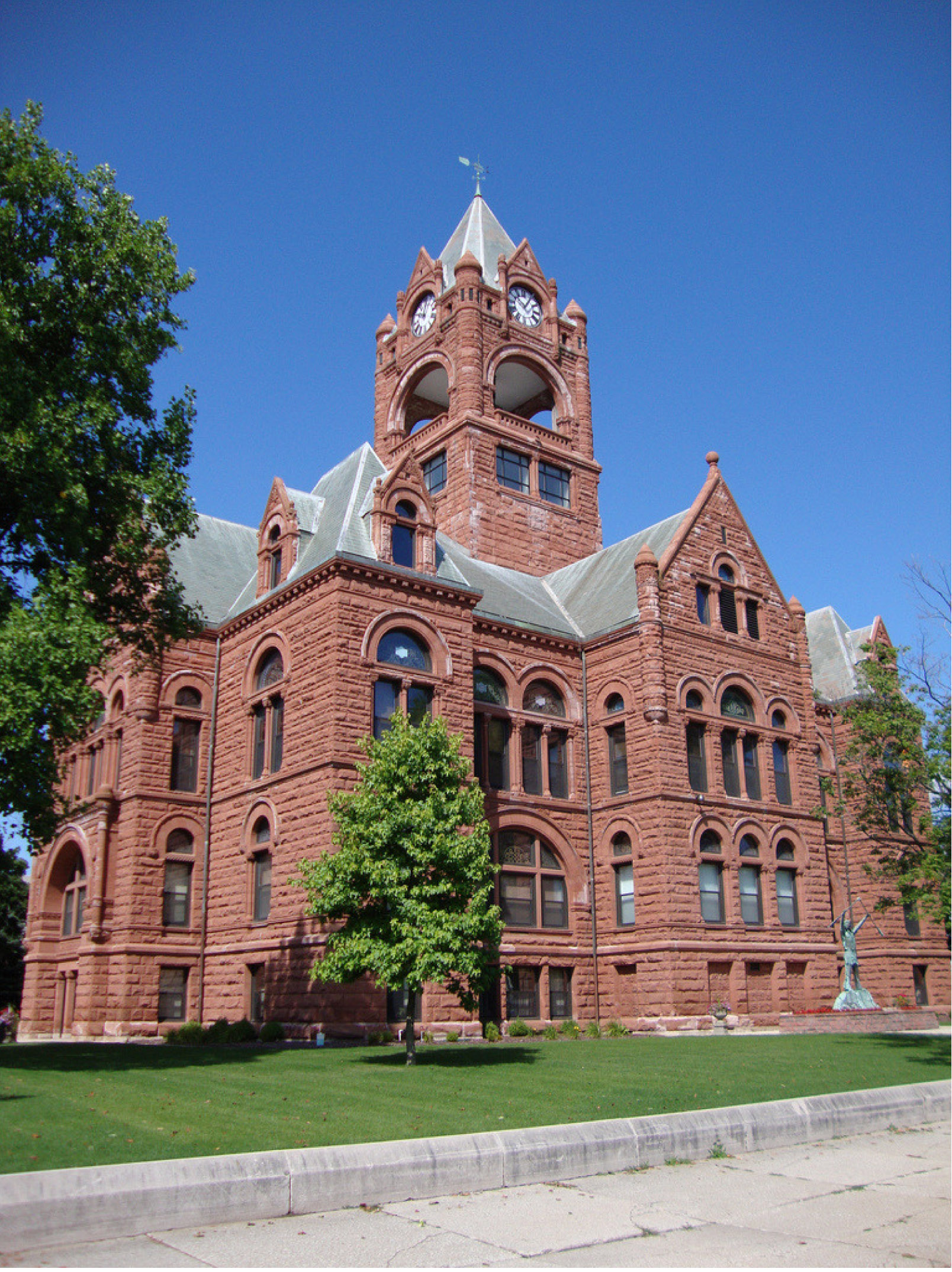 Window and wall trim were ornate and detailed during the Victorian Era, also known as the Queen Anne Era. There were a lot of tall baseboards and elaborate trim and molding designs during this period.

This period was when window trim began to turn towards a more minimalistic design. The trim patterns became much more simplified with a focus on geometry and hard angles rather than on the rounded designs of the past. In addition, casings and baseboards were often stained or finished to highlight or emphasize the natural wood’s color. 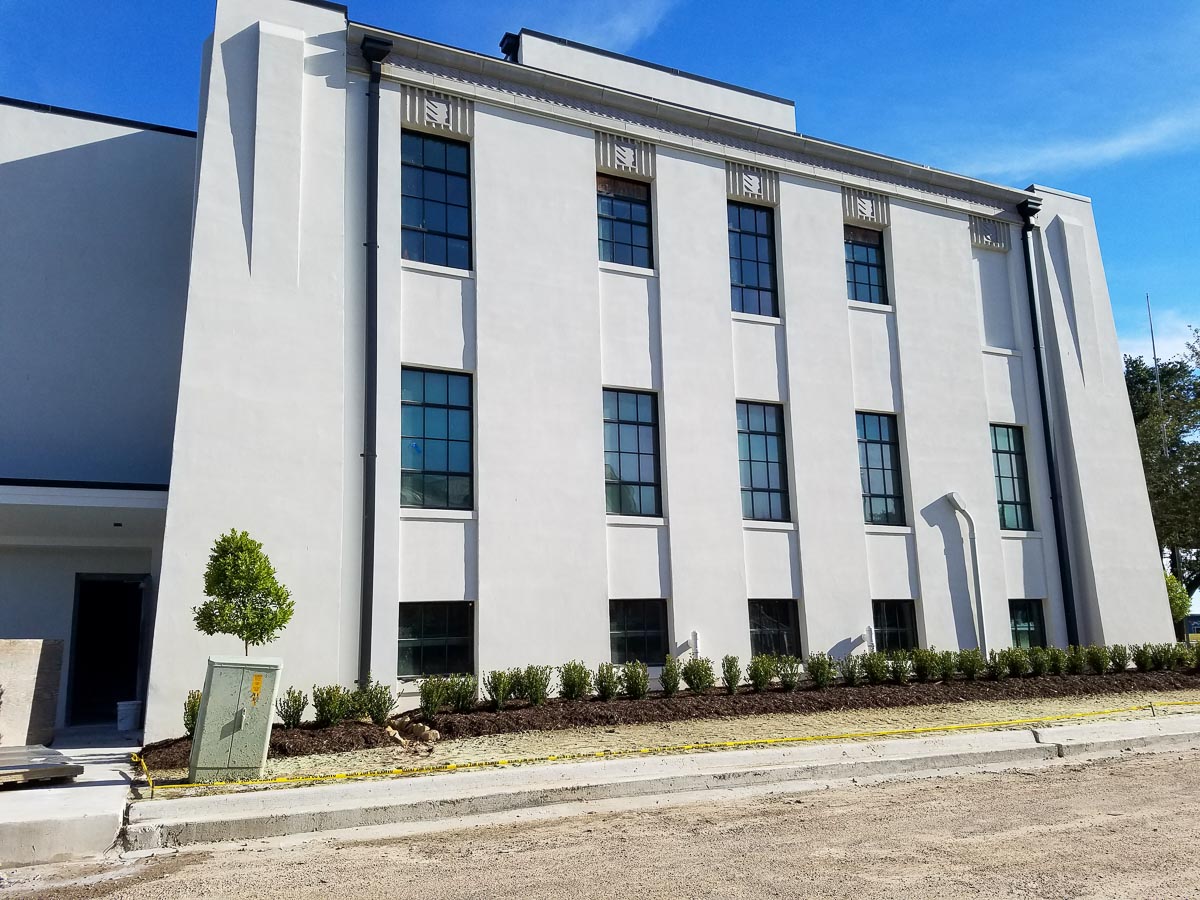 The more standard windows of today began in 1930 with the birth of Modern Minimalism, during which there was a significant desire for simplicity and minimal design. As a result, smooth designs with minimal patterns started to become popular. People also began looking for thinner casing and baseboards in place of the thicker versions of the past.

Today, when building owners want historic windows, they want them to be aesthetically accurate to the historical period. And while historic authenticity is important, the windows also need to offer the same conveniences that modern windows have, like durability, energy efficiency and hurricane resistance.

That’s why the best way to create historic windows isn’t about making them entirely historically accurate — instead, it’s about using modern windows and designing them with classic trim looks. 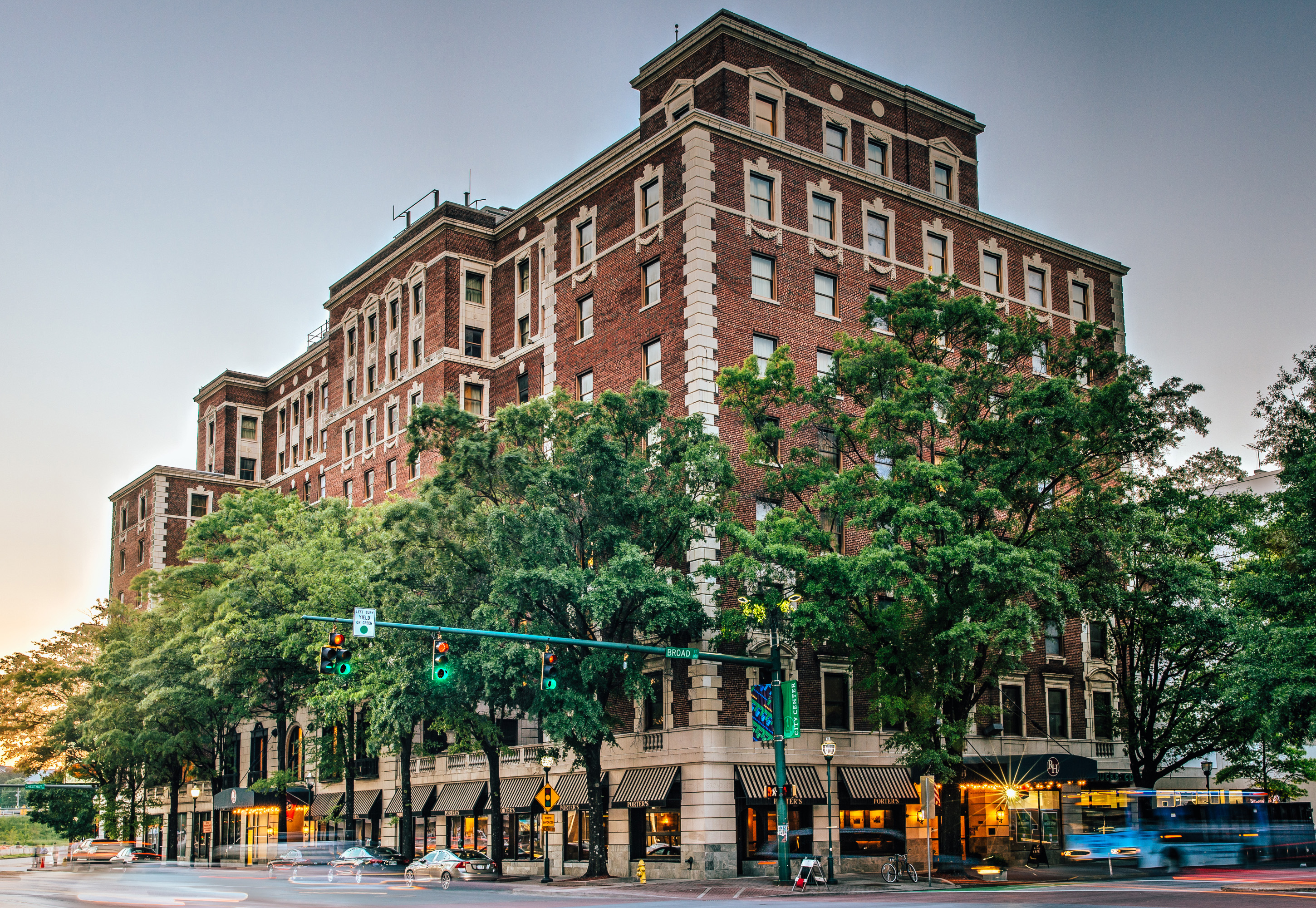 Getting the historical accuracy right while using modern windows can be tricky. You have to consider the period, the various trim pieces and more.

At Winco Window Company, we specialize in crafting custom, high-performance historic windows. All of our windows are expertly engineered, crafted and tested to preserve the historical integrity and meet your specifications.